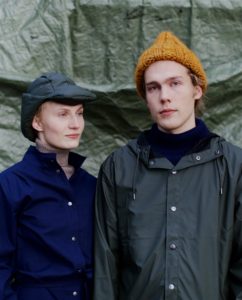 Works from Iceland and the Finnish archipelago sea

The works in the exhibition ‘Muoto – Lögun’ by Tiina Koivusalo are based upon forms from Iceland and the Finnish archipelago. How do the different geological histories of the studied regions express themselves? The three million year old Finnish outer archipelago with it’s calm, sensitive rolling forms smoothed by the Ice Age stands in stark contrast with the wild and harsh shapes from the geologically young volcanic landscapes of Iceland.

The exhibited digital collages, objects and pieces of furniture can be seen as syntheses of explored surface formations and found materials. Natural landscapes have been taken apart and transformed into new shapes. The shapes have been refined and honed to perfection. Each form has an unique rhythm and a language that can be repeated, extended or reshaped. The wild and unrestrained Lasallia lichen from Björkö island, landscape contours drawn by snow around Mývatn or the roots of the Laminaria algae from Hrísey all have their own idioms. The works created from these materials are the result of digital craft in interplay with the regularities of the found forms.

The geological theme of the exhibition ties together the digital collages typical of the artist with the now for the first time exhibited oaken furniture prototypes and the fabrics and products sewn out of them for Finnish small producers.

Tiina Koivusalo (born 1981) is a designer and artist working in Helsinki since fifteen years. She moves effortlessly in the intersection of art and design. She was granted a working grant by Suomen Kulttuurirahasto (2016) and has worked on the exhibition during an artist’s residency on Hrísey island in North Iceland. Works of Koivusalo have previously been exhibited in the Copper Smithy in Fiskars (2016), the Lokal gallery  in Helsinki (2016) and the Huuto gallery (2014).

The exhibition is supported by Suomen Kulttuurirahasto, Grafia ry and Vimma. 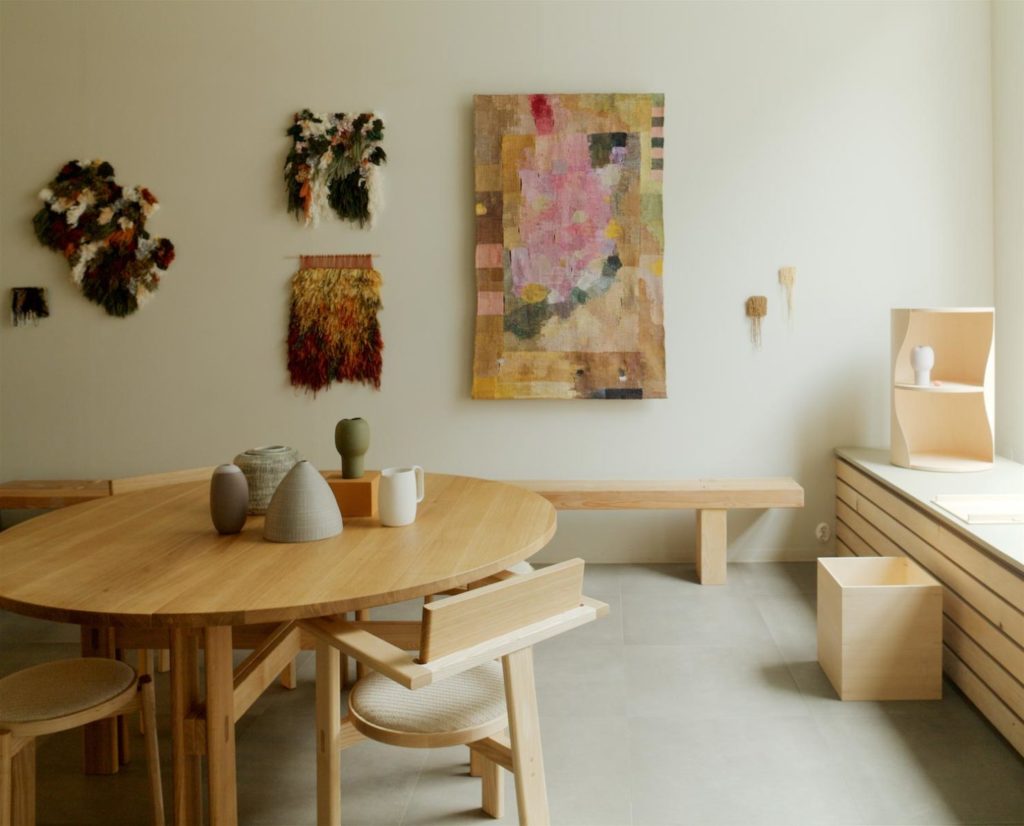 We live in a time in which sensing, touching and analog experiences are limited. 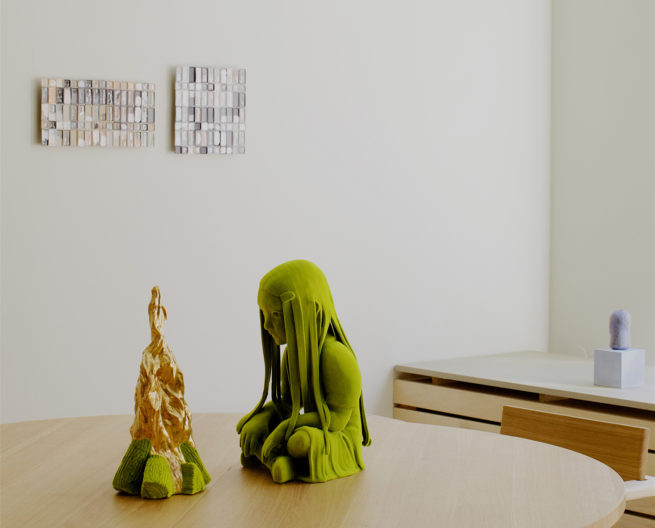 Miniatyr Keramik is like a home built into the Lokal gallery space; filled with ceramic miniature sculptures and small ceramic items. 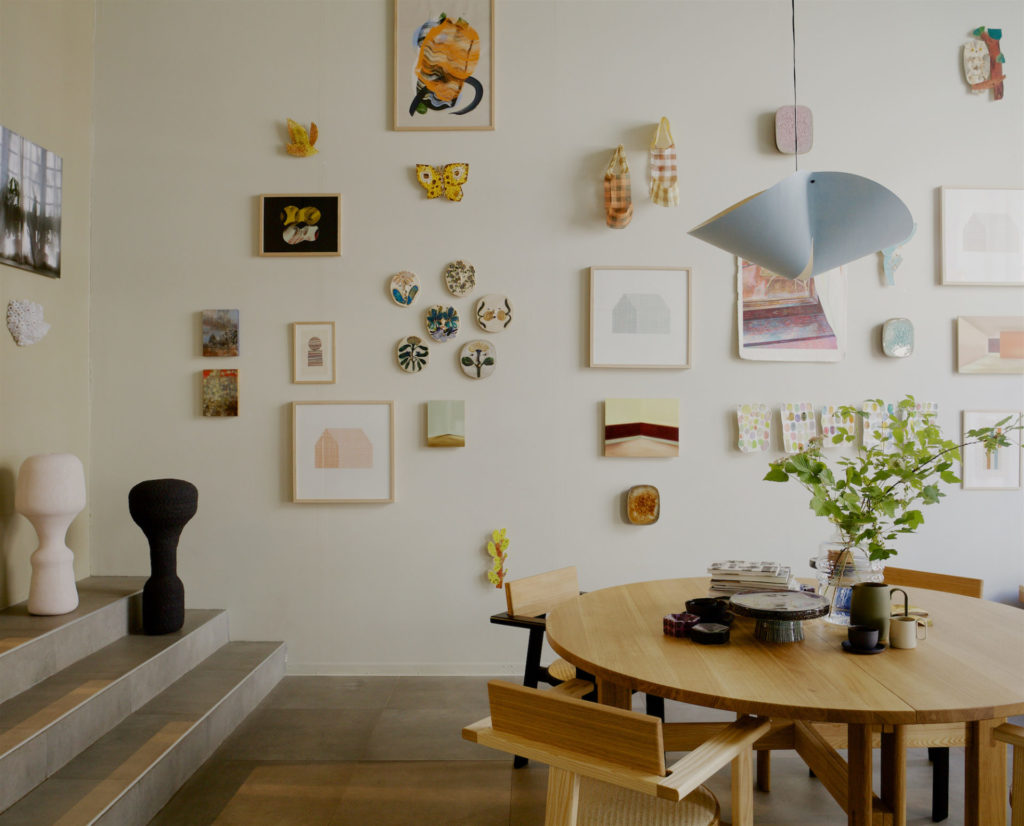 Isolation made us long for meaningful gatherings. What is it that brings us together? 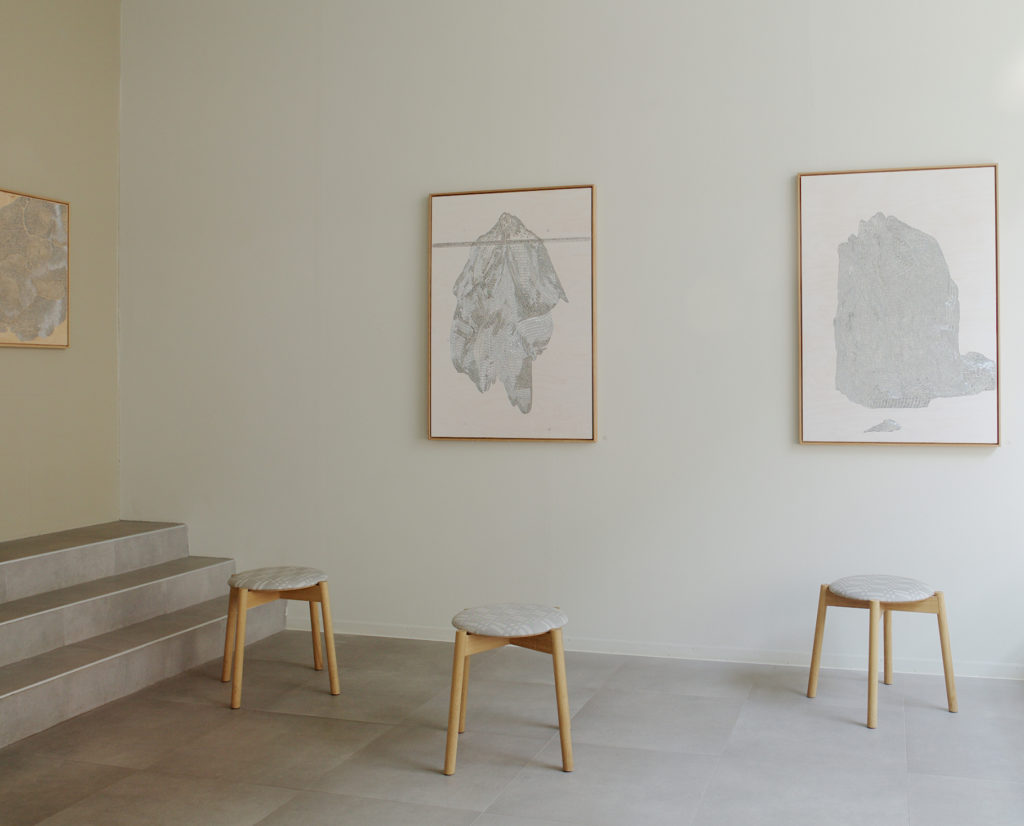 The white innocence of the polar spaces has always been treacherous. 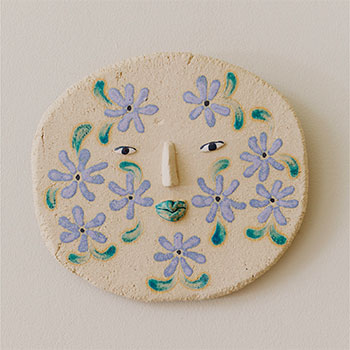 Subscribe to our newsletter to receive all the latest Lokal news and invitations.