THE TIPPING OF THE ICEBERG
Sasha Huber Ventures North

The white innocence of the polar spaces has always been treacherous. Cracks have opened up in ice shields under the feet of explorers, icebergs have gone on collision courses, vessels have been lost while searching for navigable passages, and political dissidents have been exiled to the endless expanses. Indeed, the very word “iceberg” bears witness to the first phase of Dutch colonial expansion under Willem Barentsz: ijsberg is said to have migrated into English when New York was still the Dutch colony of Nieuw Amsterdam and already the destination for slaves imported by the Dutch West India Company. In our era, the Arctic is definitely turning into a battlefield of interests and metaphors. Economic and military powers are increasingly vying for the no-longer-frozen North. Melting glaciers and ice caps have turned into stock arguments in the heated debate over the climate crisis. Icebergs have proliferated as symbols in many intellectual fields, from psychology to sociology to politics. Sigmund Freud compared the mind to an iceberg: “It floats with one-seventh of its bulk above water.” Racism researchers have argued: “The tip of the iceberg represents acts of racism, such as cross-burnings, that are easily seen and individually mediated. The portion of the iceberg that lies below the water represents structural racism; it is more dangerous and harder to eliminate.” (Gee and Ford 2011) African-American activists still speak of Mississippi (described by Martin Luther King as “a state sweltering with the heat of injustice”) as “the heart of the iceberg”. And from the tip of the iceberg we have gone to its tipping over. Bodies of ice floating in open water become increasingly unstable as they melt. And so do bodies of convictions, ideologies and long-held certainties, which is cause for both hope and despair. Despair because, like the tipping of a white-and-blue giant made of thousands of tons of solid ice, it is an awesome sight to see how quickly a democratically constituted public realm based on reason and debate can turn into a cacophony of voices and minds poisoned by hatred, racism and fake news. A reason for hope because it is heart-warming to see how quickly the climate-strike movement, triggered by one single girl from the North, has turned the global ecological crisis from a mere opinion into a fact, and moved the need to act accordingly to political centre stage.

Sasha Huber has experienced something similar. Not least through her artistic interventions, it has been possible – within only a few years – to change the image of Louis Agassiz from that of a glorious Swiss pioneer of glaciology to that of the internationally most significant “scientific” racist of the 19th century. It was in this context that Sasha Huber ventured artistically to the (Canadian) North for the first time when – in collaboration with throat singers from Nunavut – she produced the video Mother Throat on Lac Agassiz (300 km North of Ottawa) to symbolically free the place of its association with Agassiz’s racism, as she has done similarly on the Agassiz glacier in Aotearoa, New Zealand.

Back to the present, back to “The Tipping of the Iceberg”. In Sasha Huber’s latest project, she has returned to navigating Arctic space and its many meanings (after her 2014 polarbear-cub diptych Black Skin). The pneumatic staple gun, which she has drawn numerous times in order to “shoot back” and “defend”, has produced artworks of polarbear-cubs (whose habitat is being destroyed by the very cruise-ship tourists who have come to watch their mothers); of Matthew Henson, the first “Black Explorer at the North Pole” (whose role in the Peary expedition was minimized on account of his skin colour, and who was acknowledged only thirty years later); of icebergs (whose cross section allows us to ponder Freud and the racist mind). We know by now: Nothing is eternal, not even the white Arctic. And Sasha Huber is also well aware of the whiteness of the girl from the North. Radical voices from the global South have rightfully argued that the debate over the so-called “Anthropocene” is a racialized one: The sudden concern of European and White communities about the threat of (environmental) extinction cannot but echo earlier narratives of Black and Brown communities who over and over again have faced threats of extinction under the rubric of progress and civilisation. This turns polar perspectives Southward again, for instance to the countries of the Caribbean (where Sasha Huber has some of her roots), which have borne the brunt of colonial exploitation and slavery, and are now struggling with more frequent and more powerful hurricanes and the effects of rising sea levels, even though they produce a negligible share of the world’s CO₂ emissions.

Thus, behind the silvery, reflecting gleam of Sasha Huber’s staple ‘pain-things’ – as she has started to call her artworks – lie pressing questions that bring together race, capitalism, imperialism, gender – and ecology.

Sasha Huber (CH/FI) is a visual artist and art-based researcher of Swiss-Haitian heritage, born in Zurich, Switzerland in 1975. She lives and works with her family in Helsinki, Finland. Huber’s work is primarily concerned with the politics of memory and belonging, particularly in relation to the colonial residue left in the environment. Sensitive to the subtle threads connecting history and the present, she uses and responds to archival material within a layered creative practice that encompasses performance-based interventions, video, photography, and collaborations. Huber also lays claim to the pneumatic staple gun, aware of its symbolic significance as a weapon, while offering the potential to renegotiate unequal power dynamics. She is known for her artistic research contribution to the Demounting Louis Agassiz campaign, which seeks to dismantle the glaciologist’s lesser-known but contentious racist heritage. This long-term project aims to unearth and redress the little-known history and cultural legacies of the Swiss-born glaciologist and racist Louis Agassiz (1807-1873), an influential proponent of “scientific” racism who advocated segregation and “racial hygiene”. Huber has had solo exhibitions, including at the Hasselblad Foundation in Gothenburg, Sweden, and Turku Art Museum, and has participated in numerous international exhibitions, including the 56th Biennale di Venezia in 2015, the 19th Biennale of Sydney in 2014, and in Relational Undercurrent: Contemporary Art of the Caribbean Archipelago touring exhibition between 2017-2019. She holds an MA from the Visual Culture Department of the University of Art and Design in Helsinki. Presently Huber is pursuing practice-based PhD studies at the Department of Art and Media at Zurich University of the Arts. She also works regularly in a creative partnership with the artist Petri Saarikko and has been invited to artist residencies around the world. In 2018 Huber received the Finnish State Art Award in the category visual arts from the Arts Promotion Centre Finland (Taike). 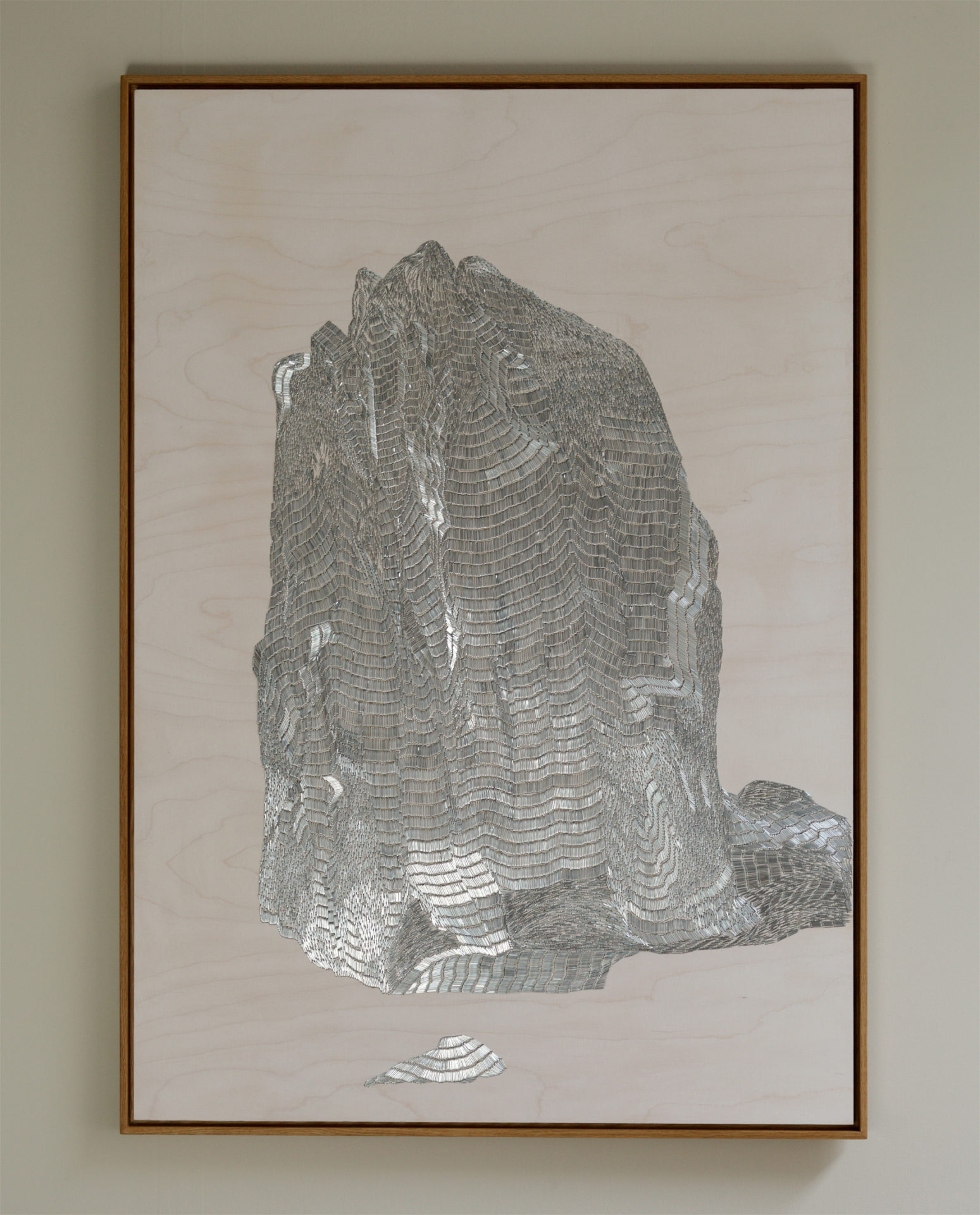 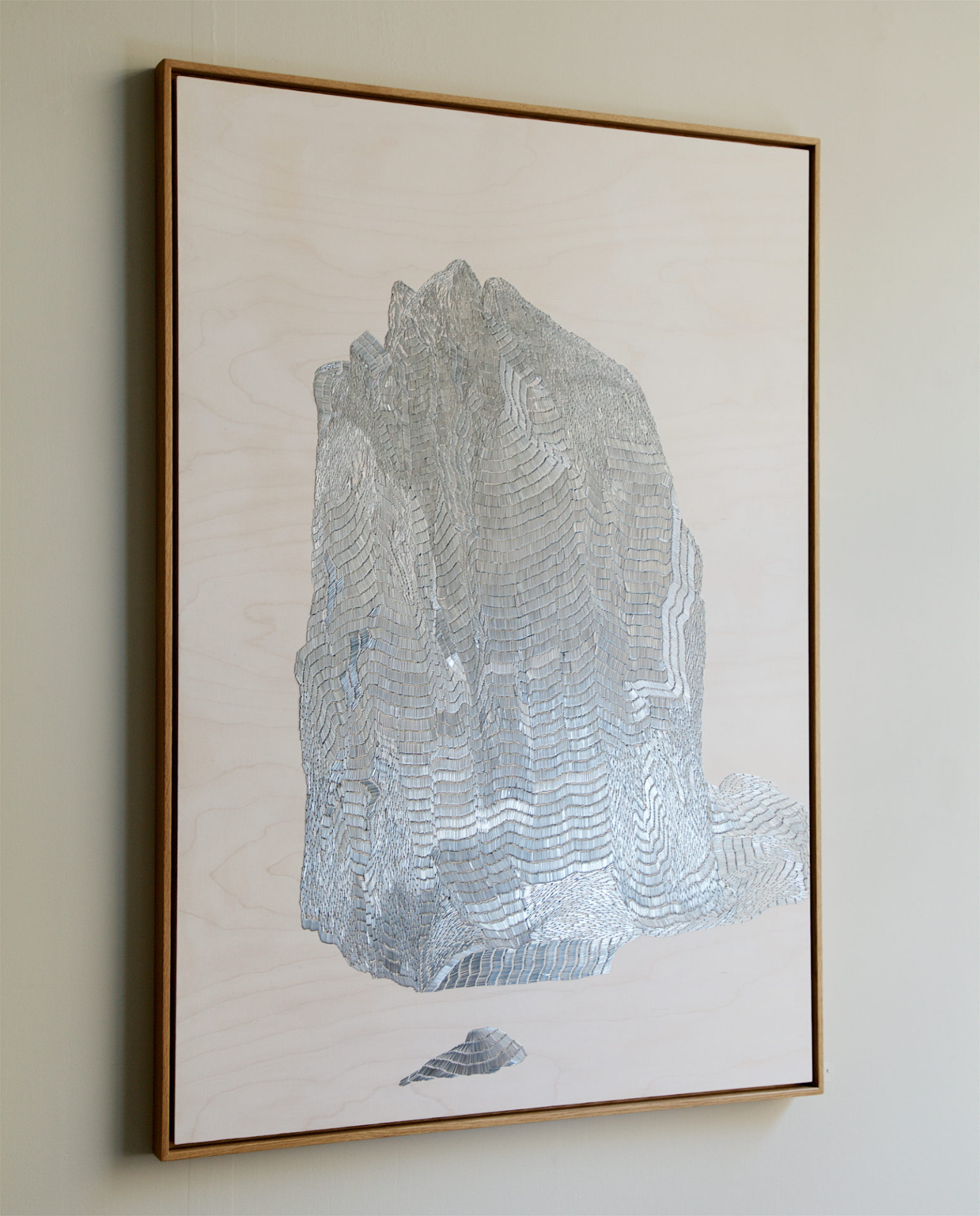 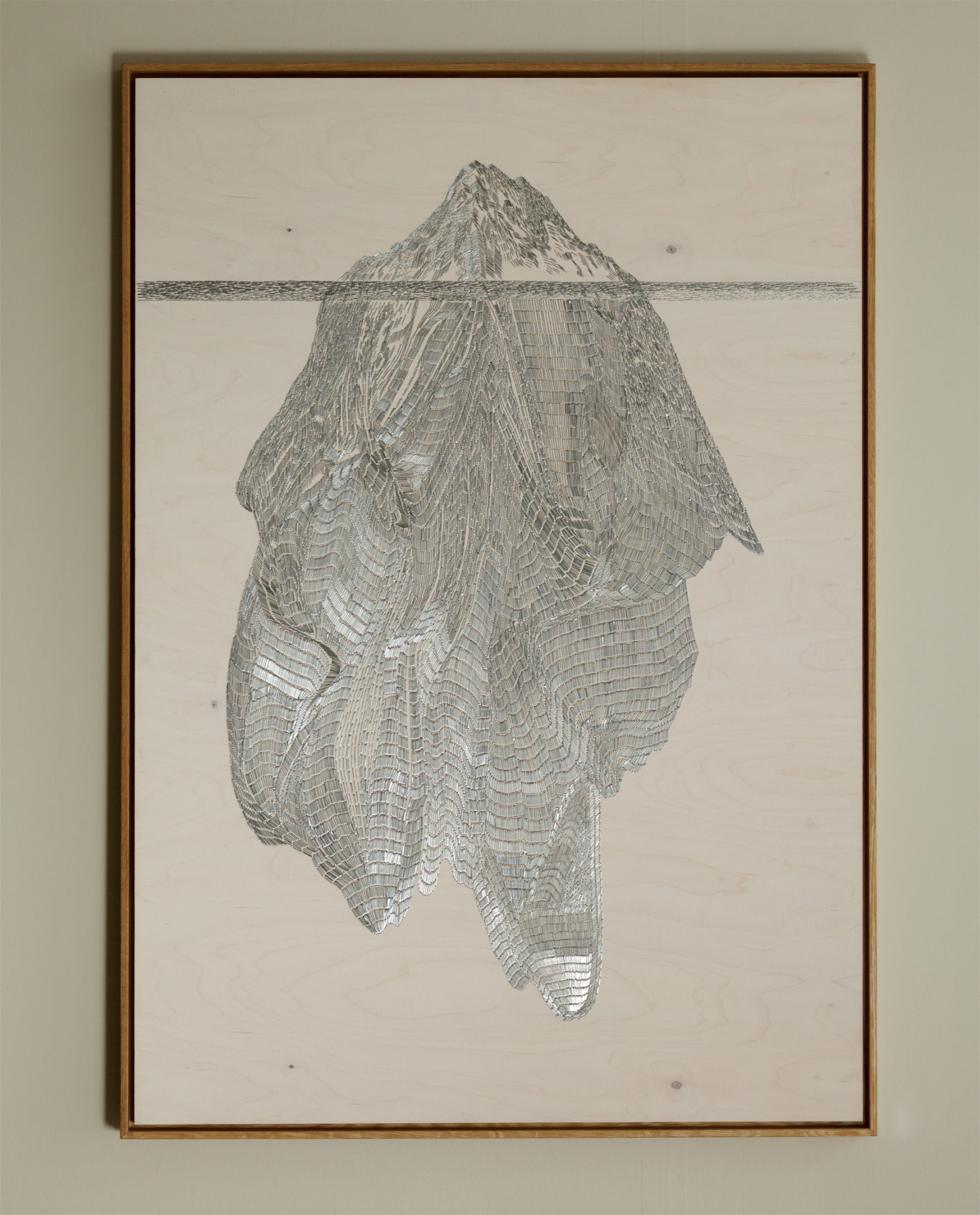 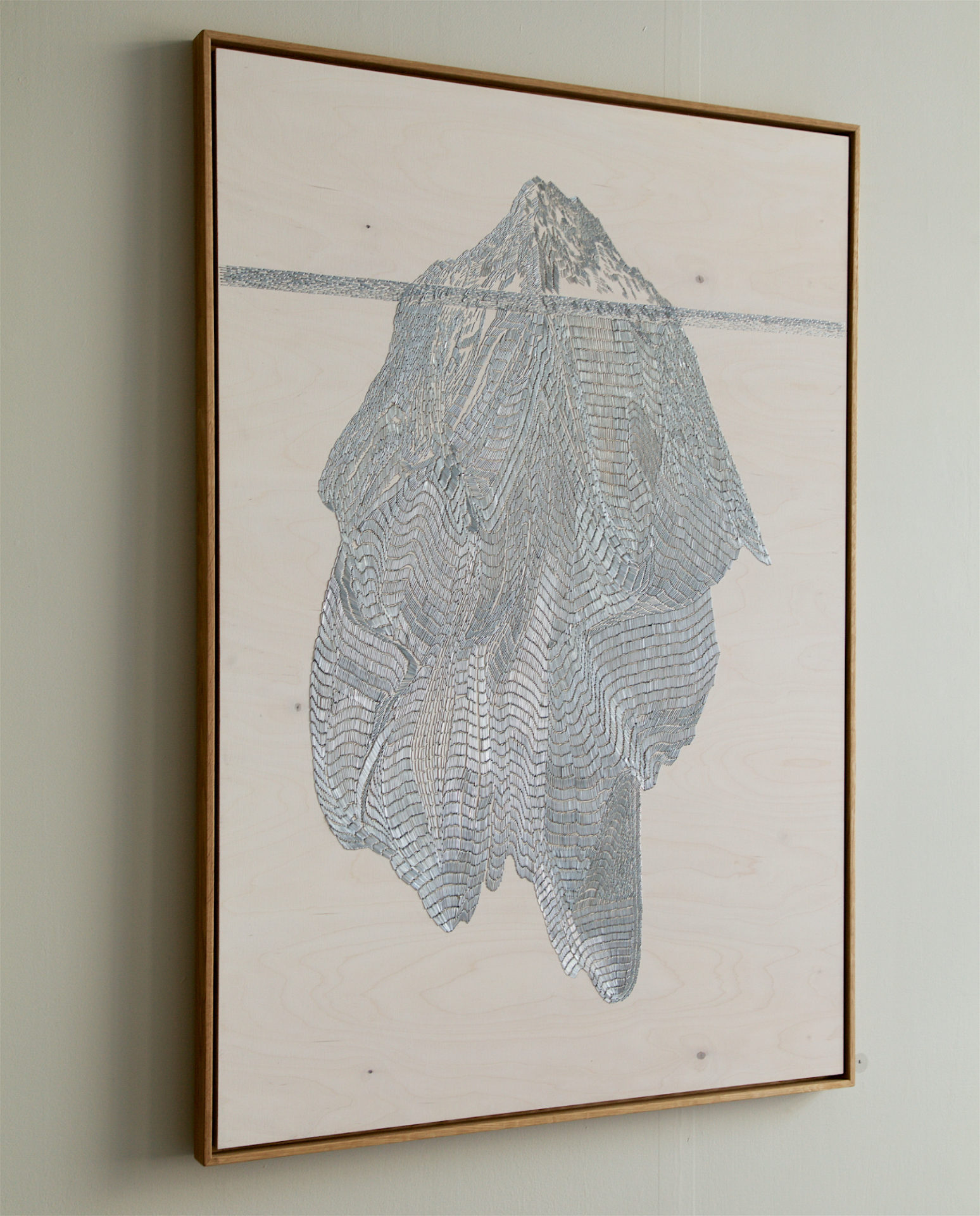 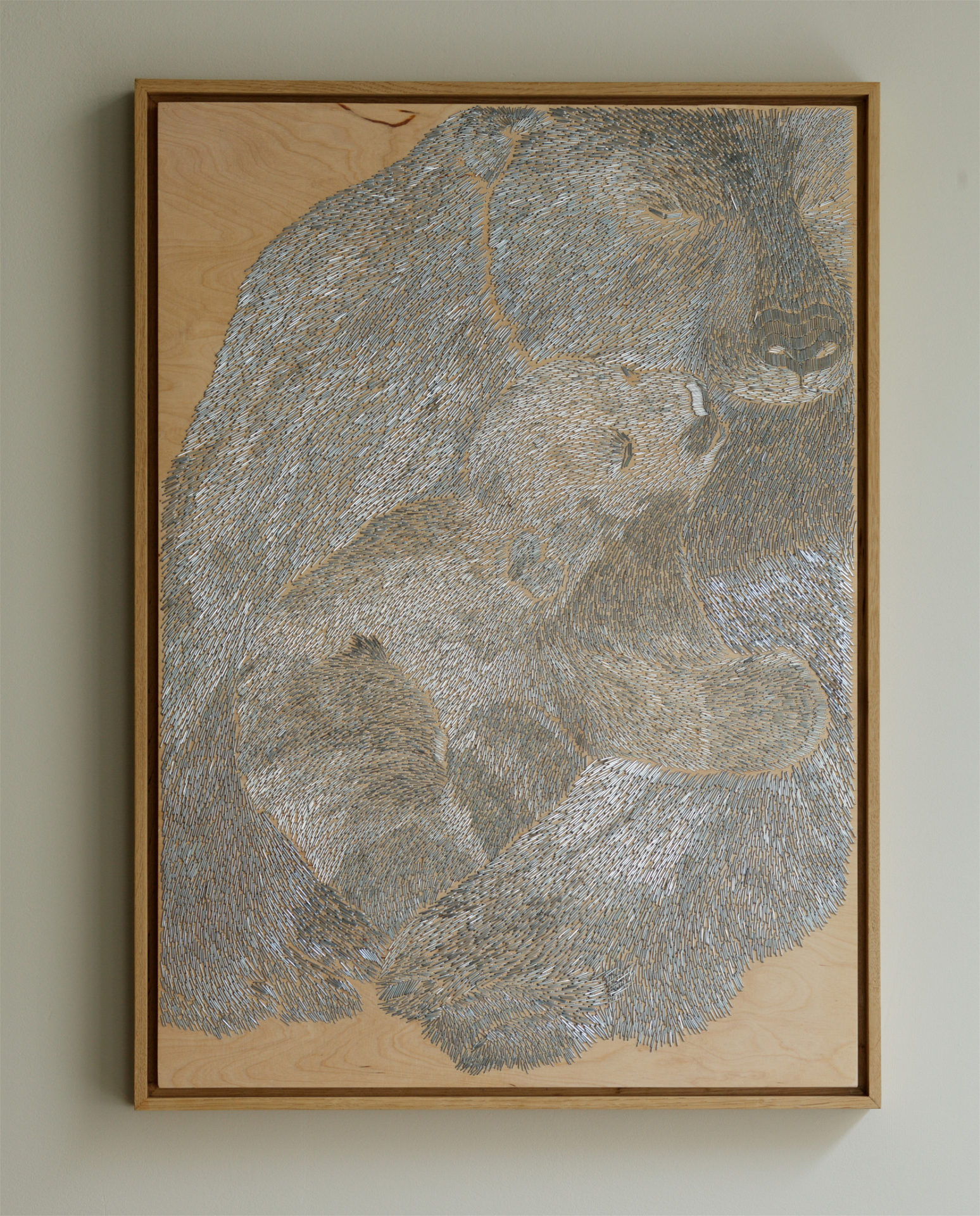 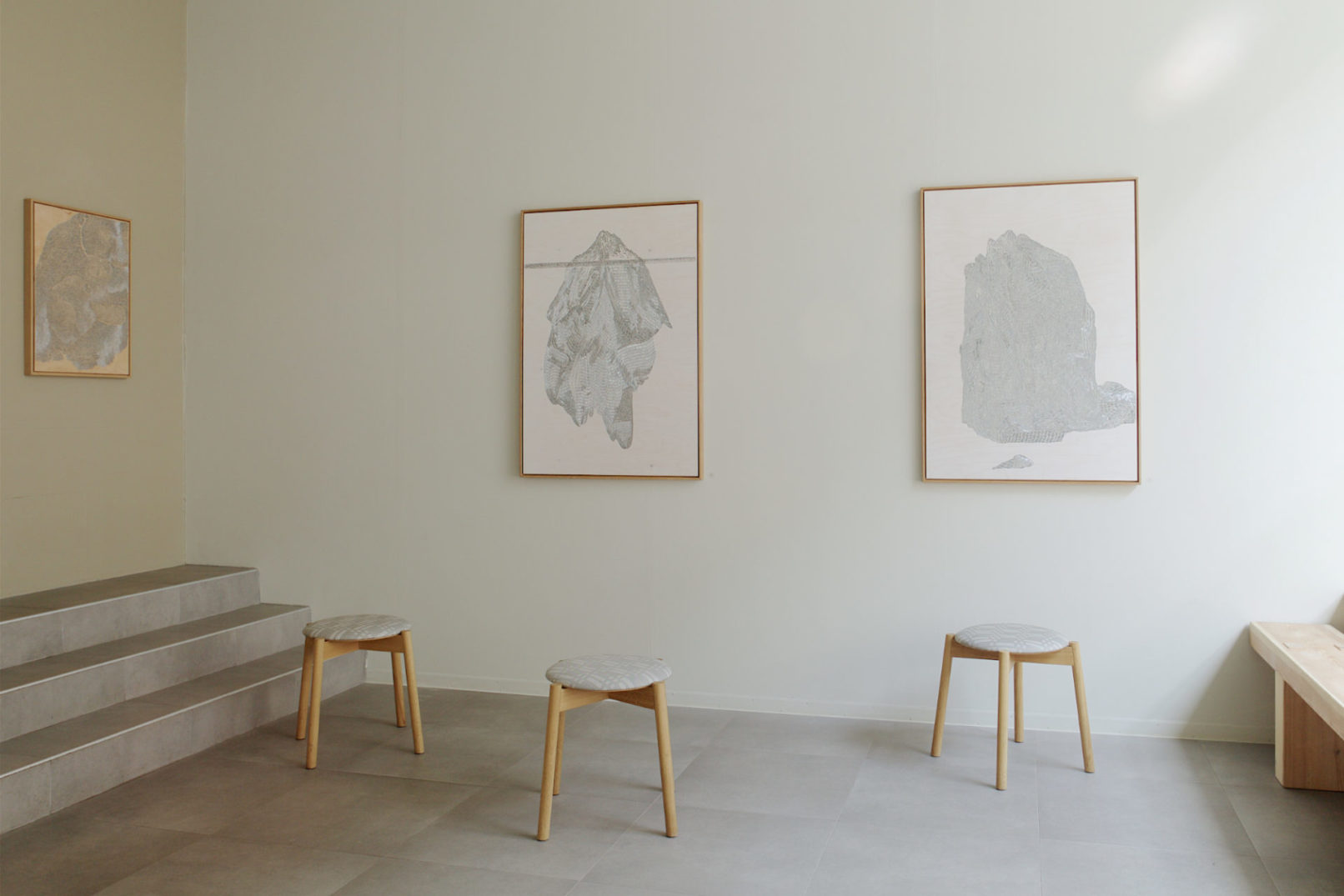 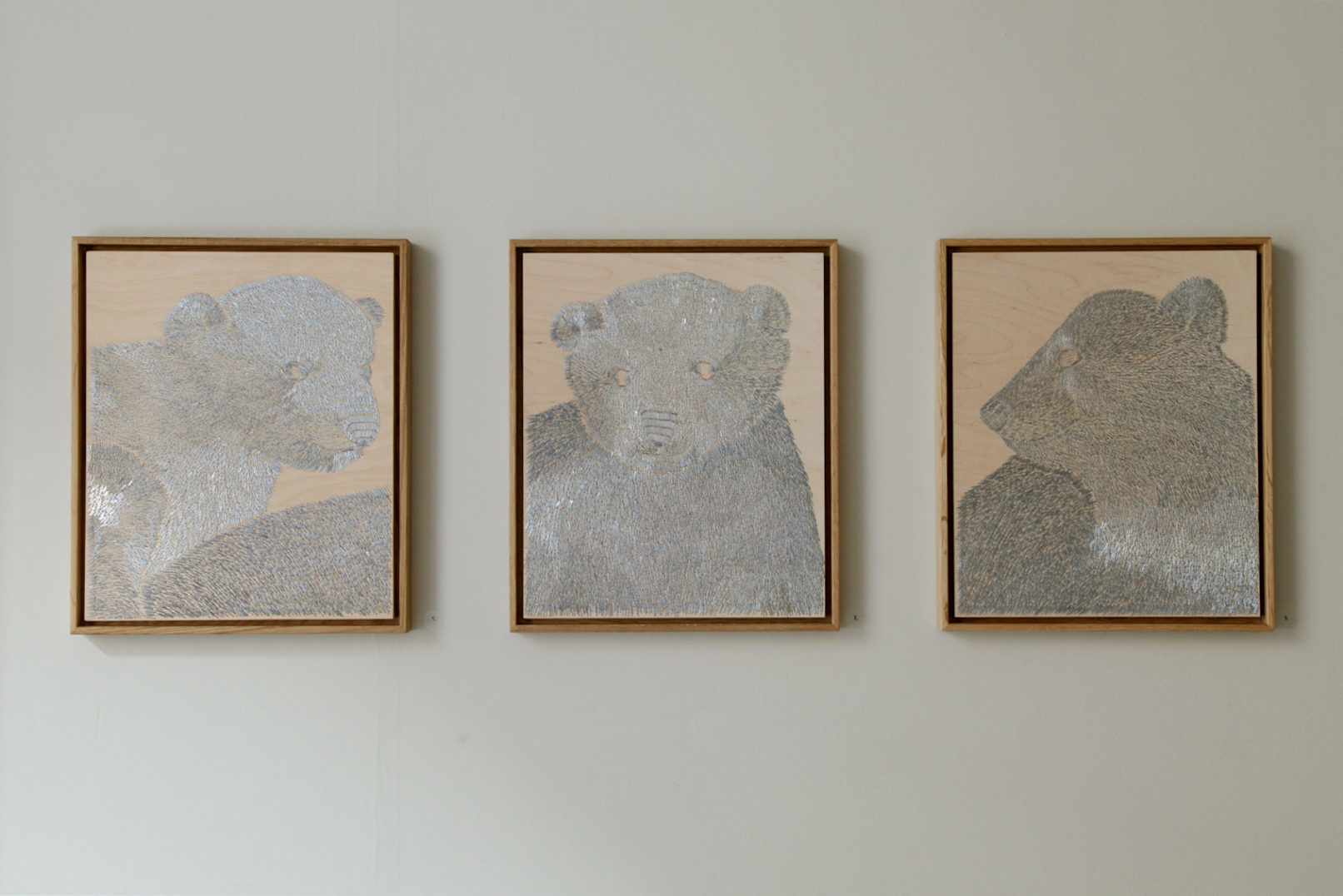 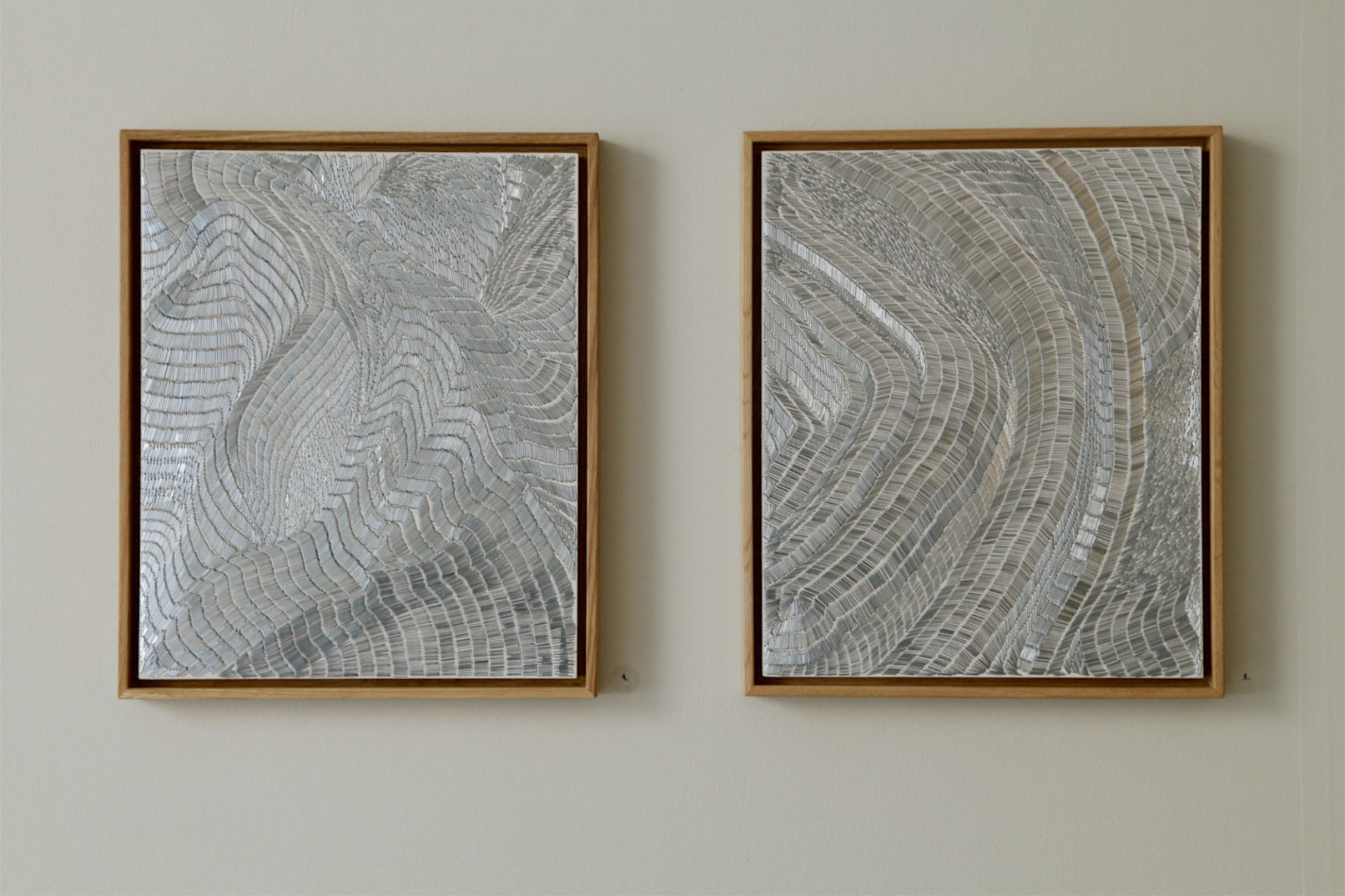 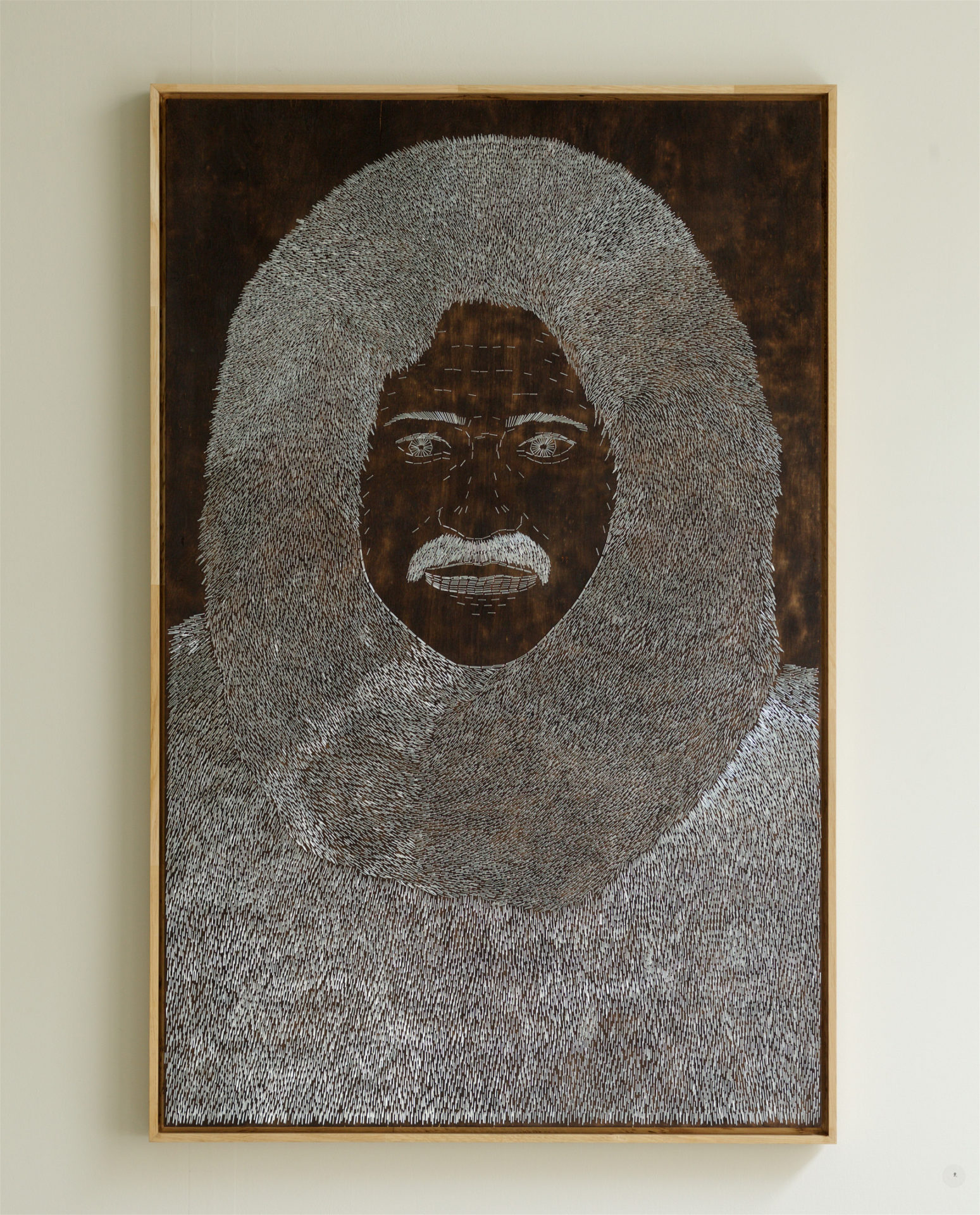 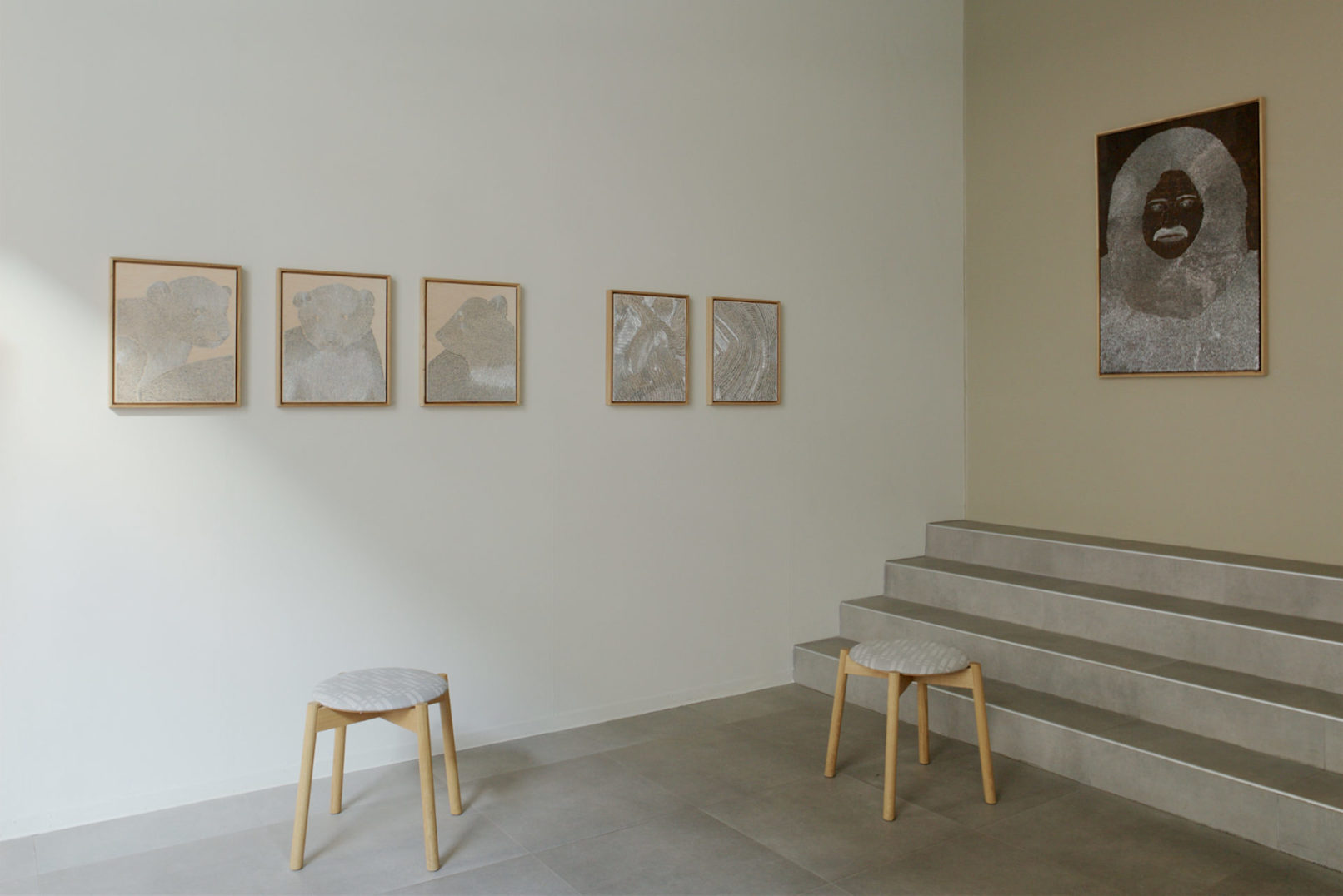