Nathalie Lautenbacher is a Franco-Finnish ceramist, whose extraordinary products and art pieces have been sold at Lokal since its founding year. She has contributed to Lokal Kollektion as well as several exhibitions and fairs. We visited her studio to take a closer look at her refined processes.

Nathalie Lautenbacher is a Franco-Finnish ceramist, whose extraordinary products and art pieces have been sold at Lokal since its founding year. She has contributed to Lokal Kollektion as well as several exhibitions and fairs. We visited her studio to take a closer look at her refined processes.

In recent years, Lautenbacher has not only created ceramics to be put on tables, but also on walls and floors. Besides functional items, she creates large pots, wall art and ceramic installations in collaboration with the designer Naoto Niidome. Ceramic is combined with other carefully selected materials, such as textile, aluminium, wood, or plaster.

She has designed functional homeware for Arabia and Iittala and has also worked for the Japanese ceramics industry. Her designs can be seen in several restaurants across the world, as well as in private and museum collections. Lautenbacher works as a lecturer at Aalto University in Helsinki, teaching the next generation of designers. She has travelled the world lecturing about Finnish ceramics, and she is the editor of the book Kantava maa, a collection of essays and photographs that focus on contemporary ceramics, published in autumn 2020 by Aalto ARTS Books.

Lautenbacher graduated from the Department of Ceramics and Glass at the University of Art and Design, Helsinki in 1999. Since then, she has received several prizes, such as the 2002 Design Plus award in Frankfurt Germany, and the Bronze Award from Mino Competition in Japan in 2005 and 2014. In 2008, she won the Young Designer of the Year prize in Finland. Her work can be seen in several collections, including the The Röhsska Museum in Sweden.

”There’s something very satisfying and addictive about working with clay. The slowness of it makes time stop, but you still feel as if you’re keeping up with life. It’s a material that gives you a firm hold of the world.

“Tableware is much more than just platters or containers for food. I think it adds comfort to everyday life. An archetypal bowl or cup, even if it’s an age-old functional item, tells a story of something bigger — about sharing or stowing. That’s why making one remains interesting from one year to another.”

Lautenbacher has been creating tableware collections renowned for their delicate colour, subtle form and strong personal touch since 1999. We here at Lokal have been lucky to have KAHVI series in the Lokal Kollektion since 2014. KAHVI series and Lautenbacher’s other ceramic tableware serie LINUM are staples in the Lokal selection, and represent the core of Lokal;  timeless, locally handcrafted, small-scale produced pieces, manufactured by the designer. 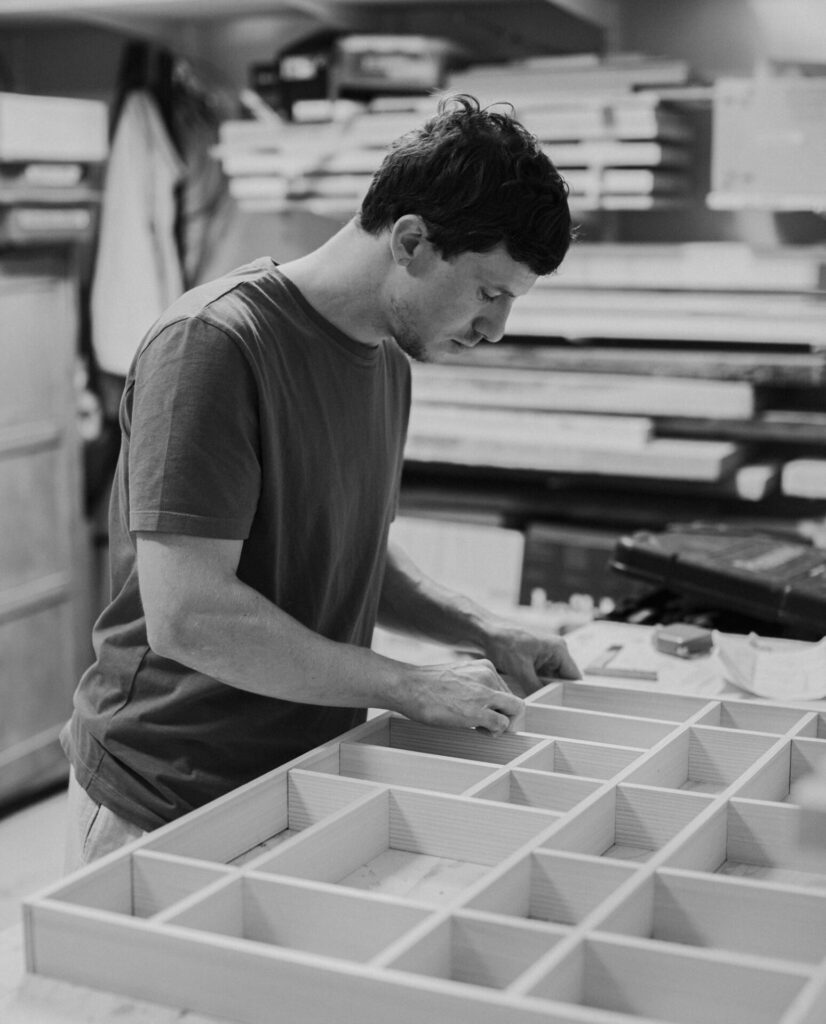 Rasmus Palmgren is a designer who seeks new perspectives for everyday objects, always on the lookout for clever, innovative and simple solutions and a fine balance between material, aesthetics, usability and production. Over the years we have had the joy to exhibit his unique, sculptural furniture pieces. 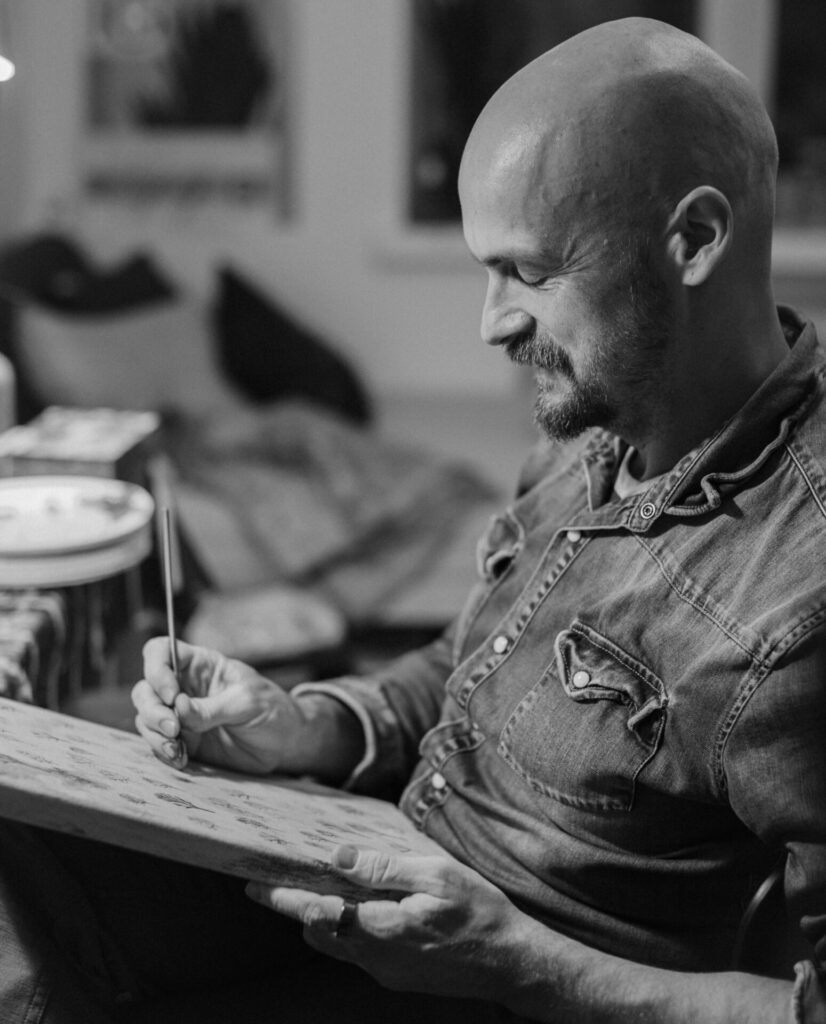 Matti Pikkujämsä is an esteemed freelance illustrator and artist since, working in the interface of art and illustration. We visited his make-shift studio in his Helsinki apartment just before we started setting up his solo exhibition Variations. 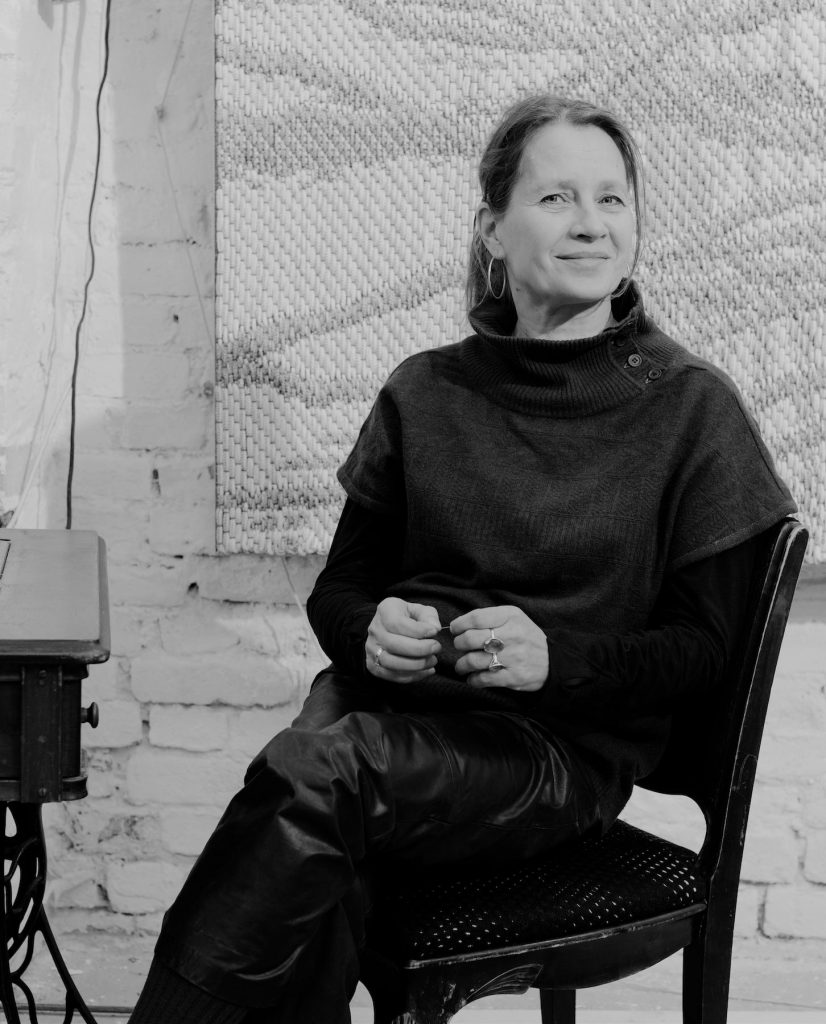 Outi Martikainen is a classically trained textile artist. Her works are influenced by craftworks and the practice of observation, which is so central to art. Martikainen often finds her materials in everyday life and gives them a new purpose. 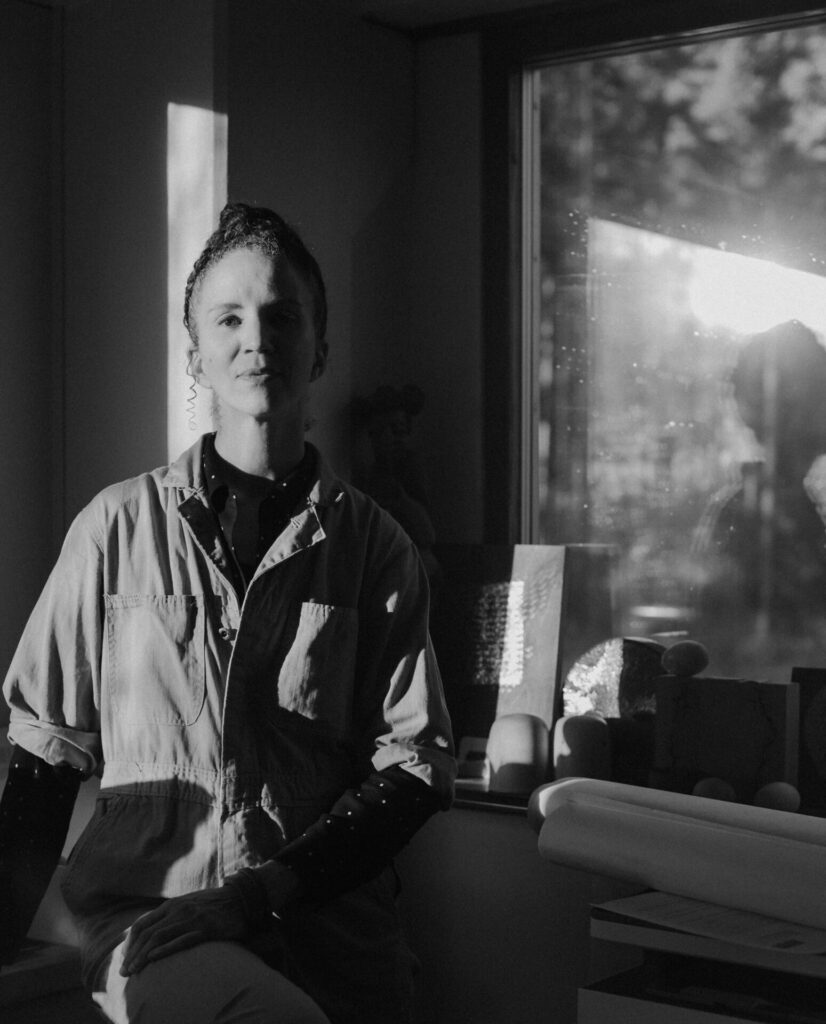 Sasha Huber is a visual artist of Swiss-Haitian heritage. Huber’s work is primarily concerned with history’s influence on the present and focuses mainly on the ramifications of colonialism. We visited her studio as she was working on her new pieces for our Jewel exhibition, as well as her Tailoring Freedom series.